This mala consists of 54 beads and a piece of silver carved with the figure of Devi at its base. Double force that drives you to achieve your greatest desires. It is not easy to find badges of such high quality and design as ours. Spirituality of high delicacy and good taste at your fingertips!

A Mala is a sacred object, a ritual object that represents the spiritual path. It is a point of support that can become as sacred as everyone decides. The energy of our Mala will be aligned with the spiritual value that we have and our own devotion. It is normally made up of 108 seeds or their subdivisions. Ours is 54 seeds. Our mala like the Hindus are made from Rudraksha. Rudraksha seeds are considered sacred and are the oldest known prayer beads in the world. They are also called the tears of Shiva.

This Mala has each Rudraksha seed set by hand with 92.8% silver. At its base and square setting it bears a carving of Devi as a medallion. It is widely used to heal and eliminate negative energies. 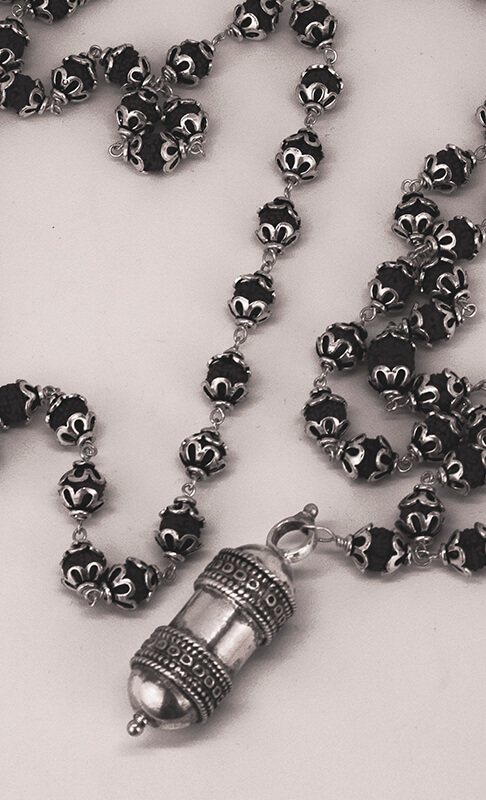 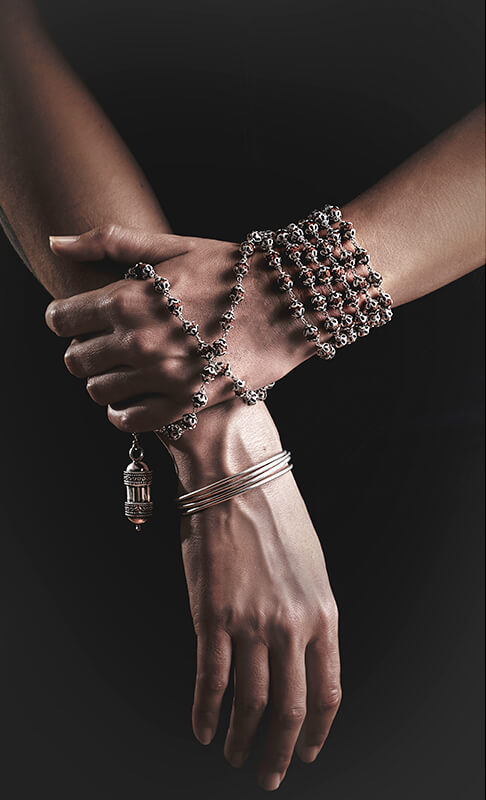 *November 15th to December 15th. Except skirts on promotion